Standout leader from the community featured each month 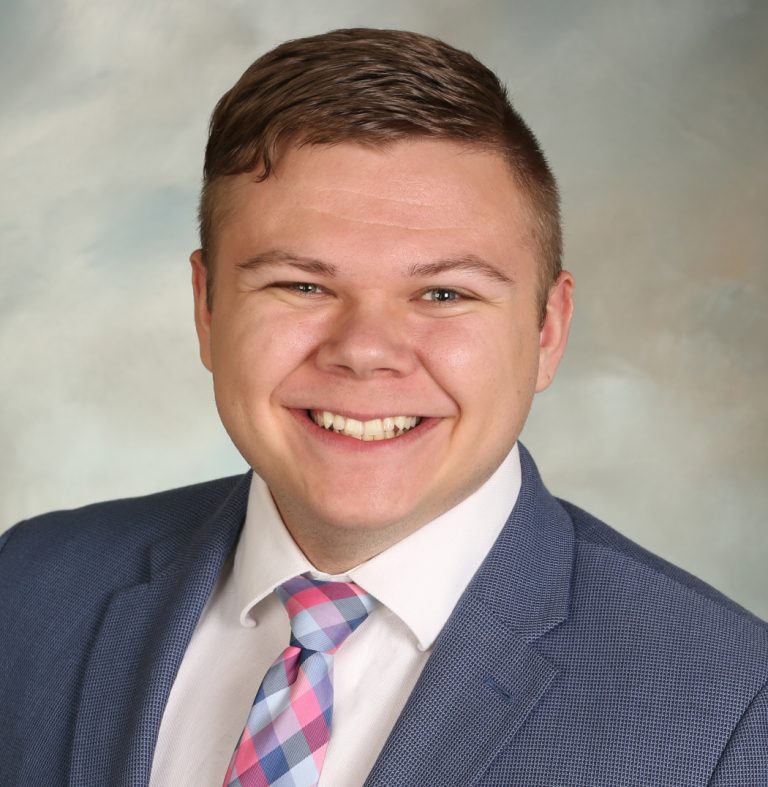 Born & raised in the small town of Aplington, IA, Logan attended Aplington-Parkersburg High School where he formed his life motto “believe”. While in elementary school, Parkersburg was hit by an EF5 tornado and he was able to see an entire community respond and believe there would be better days ahead. This single experience played a huge role in shaping who Logan is today. It taught him if you just believe and take things one step at a time, good things will come.

Logan has always followed his interests and passions. He has faith that they will take him somewhere he really loves. Growing up, Logan always excelled at math and had an interest in the financial world. This led him to major in Finance at Drake University. He graduated in 2019 and is currently working on his MBA. While attending Drake, Logan met his wife, so they are Bulldog fans to their core. Logan was also a student manager with the Drake basketball team while working on his undergrad. He finds himself eagerly awaiting basketball season to attend games all winter long.

When asked about his favorite things in West Des Moines, Logan stated “This city has almost everything you could want, and anything it doesn’t have is just a short drive away. There is always something to do, whether it’s a Menace soccer game at Valley Stadium, hanging out at Smash Park, exploring Valley Junction, or trying out one of the many restaurants. Even with all that is already here, the city is still growing and I’m excited to see what else pops up as the development continues.”

As an incredibly active member and outstanding advocate for West YP, Logan has recently been announced as the Social Chair for the 2022 West YP Committee. “The biggest enjoyment for me with West YP is the people. Everyone I have met has been kind, welcoming and easy to talk to. I felt incredibly welcomed from the first event I went to. They say that if you’re the smartest person in the room, then you’re in the wrong room. It amazes me that we have so many smart, incredible members in this group.”

Logan is currently a Credit Analyst at Community Business Lenders, which provides Iowa credit unions with the resources to offer business loans. We are so thankful Logan is a member of our community and look forward to see his growth moving forward!