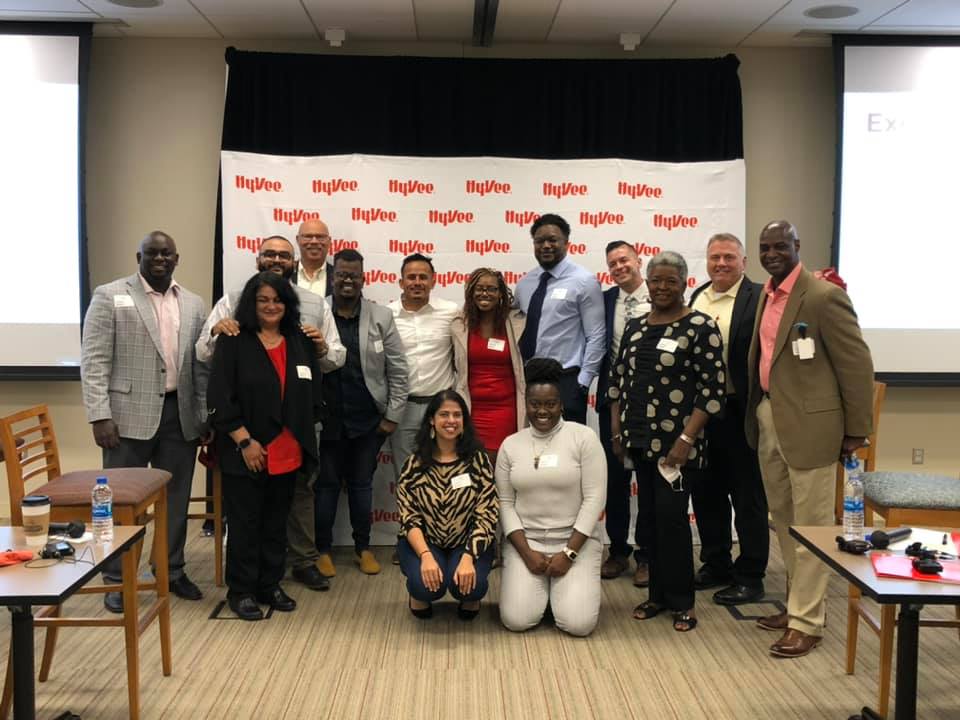 Registration is now open for the 2022 Athene Black & Brown Business Summit, presented by Wells Fargo. The Summit kicks off with a pitch workshop and competition, brought to you by exclusive pitch competition partner Bank of America. Applications are currently being accepted for the 2022 competition until March 1. Learn more here.

Below, we caught up with some of the finalists from the 2021 Black & Brown Business Summit pitch competition.

Israel Tutson is the owner and CEO of VYBBES, a music licensing company. The company primarily serves people who are making commercials, films, and other content creators and brands. The company can create music from scratch or dig into their vast library to find something that fits the customer. Tutson and his company are passionate about helping Black and brown composers. Tutson explained, “Less than one percent of the major Hollywood films are composed by Black or brown composers.” So, he and his company work to combat underrepresentation.

Tutson was finding that he was unhappy at his previous day job. So he quit to pursue his passion for music. He then worked full-time to get his company off the ground, landing him at the 2021 Black & Brown Business Summit.

“The summit was amazing! First of all, there were so many different stories, but they all shared a common thread: people that had a drive and a will to create the best business that they could.”

Tutson was able to learn from other people’s experiences while he was at the Summit. He found everyone at the summit was so open and willing to share their expertise. He was also able to gain so much from the available resources at the summit. Tax information, website information, how to find financial back, how to find scalability were among some of the most valuable information and resources he gained. Tutson also found that the summit was great for horizontal networking amongst fellow business owners.

A piece of advice he has to anyone going into the pitch competition in the future: “Don’t even worry about winning… Go with an open mind and be a sponge.”

Latha Kumar is the president and CEO of Zamorins Solutions, a software development company. Their flagship product is within the parks and recreation industry. The company is in 25 U.S. states and Canada.

Kumar was really happy about her experience at the summit. “We got an opportunity to be in the pitch competition, and we won second place and that really helped – not only financially, just to get our name out ” she described. Since the Summit, the company has expanded its client base.

Zamorins Solutions used their second-place prize of $2,000 for marketing, it was also used to cover the finances of going to trade shows.

“Inclusiveness. I felt included, our company felt included,” was Kumar’s biggest takeaway from the Summit. She explained that this was not the same experience the company has had with other chambers.

Erik Dominguez’s business is Speak Up Stories. “My mission in this world is to create a world of confidence, authenticity, and joy– specifically confidence,” he explained. Speak Up Stories enables confidence through public speaking training. Dominguez focuses on the most effective and novel way to land a message. He does this by providing keynotes, workshops, and coaching.

“There’s very rarely opportunities for people to get honest, direct, and constructive feedback on what you’re building,” Dominguez talked about. However, the Black & Brown Business Summit was a great opportunity for new business owners to receive that feedback.

To prepare others for future success at the Summit, Dominguez wanted to ensure that the pitch competition is not a speech competition. Instead, it is about uncovering the gaps in one’s business and how to move forward from them. He also wants to preface that some of the feedback that he received from business professionals stung. However, the feedback that stings is oftentimes the ones that need to be heard.

Any small business owner knows that any dollar amount helps their business. For Dominguez and Speak Up Stories, the $500 reward went straight back into a fund to help promote himself and his business. He was also able to redesign his website. But the even greater reward he received was the experience and the lessons from the Summit.

Amner Martinez is the founder and CEO of Infinite Resources, a minority-owned and Latino-based staffing agency. Martinez’s firm specializes in recruiting construction, industrial, warehouse, and manual labor-type jobs. The company also has a few clients asking for white-collar jobs like bilingual accountants and receptionists.

“It exceeded my expectations– the whole event,” Martinez said. He found that the whole event, from the application process to his experience in the pitch competition was clear and organized. As a minority, Martinez has been to events in the past that try to promote diversity and inclusion; however, they have sometimes missed the mark. “Everything was just tastefully done,” he described the experience at the 2021 Black & Brown Business Summit. Additionally, Martinez found that there was a bond created amongst those at the Summit and specifically with those who were in the pitch competition.

Martinez’s biggest takeaway from the Summit was that events like this can be done right. Additionally, the Summit led to Martinez gaining two of his biggest clients, Athene and Hy-Vee. The connections and networking he did at the Summit continue to have value to him and his company today.

For future participants, Martinez wants them to know that the pitch competition is not just about the delivery. “You have to believe in your company. You have to know your company,” he emphasized. He advises that instead of only preparing for a pitch, prepare by knowing one’s entire company, head to toe.

Tanisha Frazier is the owner of Styld To Perfection, a hair salon located in Dubuque, Iowa. The business opened its doors in January 2020. Styld To Perfection emphasizes the protection of the integrity of hair. They specialize in locs, braids, silk press, and hair extensions.

The biggest takeaway from the Summit for Frazier was how to pitch her business. She felt unprepared going in but was able to learn how to create an elevator pitch and how to talk about her business. She also made a lot of great connections through networking with other small businesses.

As a participant, Frazier received $500 and she put that right back into her business. She was able to order wholesale hair products to sell in her salon.